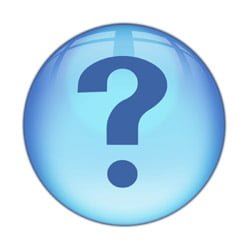 Even as 90% of the world’s top scientists show us the facts, why do we ignore the truth about climate change, energy and sustainable agriculture?

What They Are Telling Us: Civilization Is At A Critical Point

Climate change is here to stay and its worsening effects cannot be avoided. Agricultural yields are decreasing at a rapid pace, including in the United States. Massive food shortages, included in the US, are projected to increase in the next 5-15 years due to climate change, our global energy crisis, and lack of fresh water.

90% of the soil in the US is destroyed and unfit for agricultural production. 85% of the fish in the world’s oceans are depleted due to overfishing. Over 150,000 species of plants and animals become permanently extinct every year due to human activities. Just the US alone is dumping over 250 million tons of pollution annually into the air, water, and ground resulting in a rapid rate of increase in disease.

Because of industrial agricultural methods, our food is laden with toxic chemicals and lacks nutrients, creating a situation where we are slowly poisoning ourselves and our children. We have damaged, in some situations beyond repair, the natural ecosystems which support life for ourselves and for our children.

Great minds, such as Ted Turner (largest landholder in the United States and chairman of the United Nations Foundation), are telling us that most of the world’s human population will be gone within 25-30 years (see Ted Turner/Charlie Rose Video). We have created a future for ourselves that is unlike the threat of any previous war, natural disaster, or economic depression.

90% Of The World’s Top Scientists Are Screaming This Reality At Us, In A Desperate Attempt To Encourage Action.

And these aren’t the pseudo liberal activists who are trying to use scare tactics to fatten their endeavors with financial funding. These are the most credible minds, the greatest thinkers. But despite the message, very few people are paying attention. And out of those that are paying attention, very few are doing anything significant to create change on a personal, community or global level.

There are potential solutions for the crises which are now occurring, but most people lack the desire or willingness to take action, or even worse, they justify inaction (there’s nothing I can do about it, etc). Others rationalize that they are doing their part by paying taxes, giving money to the church, or volunteering occasionally.

Despite the global scenarios we face, destructive multinational corporations, including big agro-businesses, are dominating government policy while citizens watch with complacency. Rather than telling the truth, the major news networks seem to be focused on sensationalism, selling advertising, and impressing their stock holders with higher ratings.

The human condition is overwhelmingly plagued with excuses and rationalizations. Why is this so? Why do we ignore the cold, hard facts of science? Why do we deny the truth of legitimate and credible scientific research?

Because the human condition of outright denial is so profound, for many years scientists have studied why we behave in these ways. Yes, there is actually a science that examines why people don’t believe science. I encourage you to carefully read this article which is filled with research from University of Michigan, University of Virginia, Princeton University, and other credible sources. Read it as if your life depends on it.

It’s important to understand this human behavior, how we participate in it as individuals, and how it has a direct effect on our lives and the future of our children. As we become more aware of how we psychologically operate as humans, we are in a better scenario to make wiser decisions for ourselves, our families, and for the global community.

The Science of Why We Don’t Believe Science

Also, if you are curious about the research we are referring to here, please see our research page:

One thought on “Why Do We Ignore Science?”

Get helpful articles, specials, free giveaways, and updates. Subscribe to the North Florida Farms Newsletter. Your email remains private and you can unsubscribe anytime:

Have a question about an order, one of our products, or our website?

Find us on your favorite social network. Keep in touch for free giveaways, tips and updates.